Introducing the Mobilinkd Bluetooth APRS® TNC. With your radio, your Android phone and this TNC, you have everything you need to get started with APRS — all at a fraction of the cost of a dedicated APRS® radio, and with a better user interface than any APRS® HT on the market.

BIG NEWS!!! The Mobilinkd TNC3 has just been released.  The TNC3 offers a whole new level of performance — and now offers support for iOS devices. Please note that cables to connect the TNC to a radio are sold separately.

Existing purpose-built APRS® radios are very expensive and have a limited user interface. Building your own APRS® system with other TNCs require an external GPS, a computer, power supply, and result in cables strewn everywhere to connect it all together. With the Mobilinkd TNC, just one cable connects the TNC to the radio.

Your radio. Your Android phone or tablet. APRSdroid. And a Mobilinkd TNC. Starting at only $64.95. Put it all together and you get a very compact, portable and easy-to-use APRS system.

The TNC is 11mm thick. Weighs less than 40 grams. And will run for more than 2 days on a single battery charge.

This is the first TNC designed specifically to take advantage of APRSdroid’s support for Bluetooth KISS TNCs. Other APRS® solutions require either an expensive purpose-built APRS radio with a user interface reminiscent of a 1990’s cell phone interface. Or they require a separate GPS, TNC, computer and power supply. And the result is a mess of cables snaking everywhere and a system that is not very portable. With APRSdroid’s support for downloadable Open Street Map maps, it is fully functional without a mobile of wifi signal. With a network connection, you have full access to online resources such as Google Maps and station information from QRZ and aprs.fi.

One short cable. A tiny, light-weight TNC. Take it anywhere. Take it everywhere! 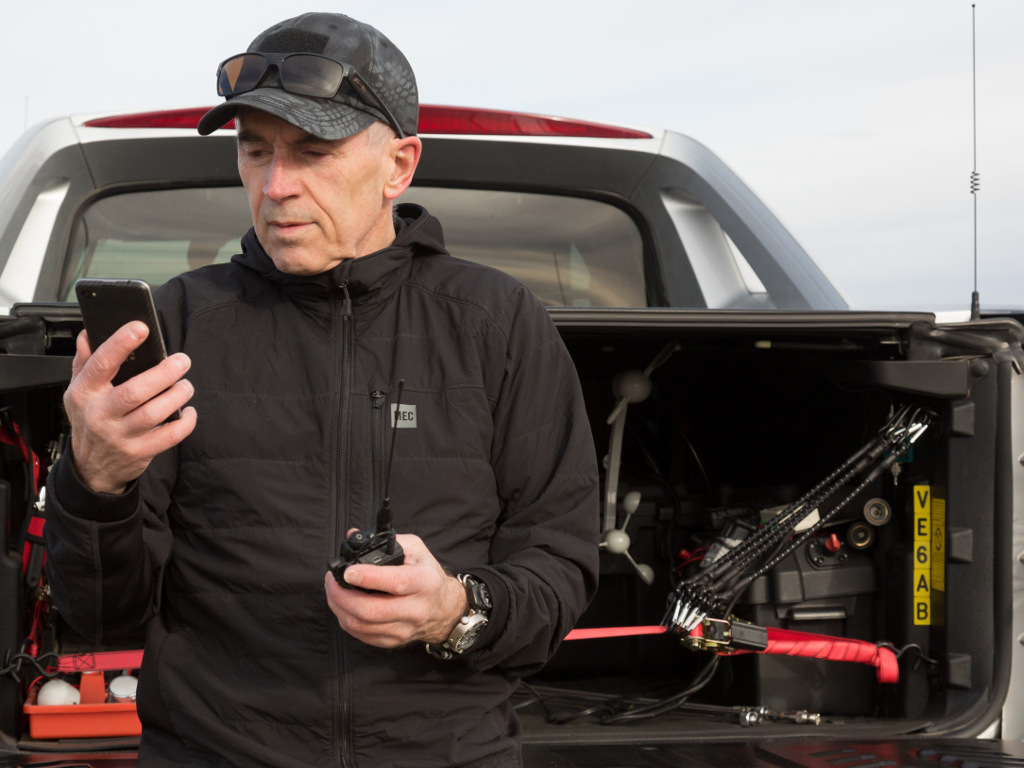 Not Just for HTs. Works with Mobiles and Base Radios Too!

This TNC works extremely well in a mobile environment. If your radio has a TNC connector, hookup is a breeze.

Any APRS® software that supports KISS protocol will work. Use it with Xastir on Linux or APRSCE/32 on Windows with a Bluetooth dongle.

Whatever radio or software you are using, set up is a breeze. Connect the TNC to the radio. Pair the TNC to your smartphone or computer. Configure the software. In minutes you will be sending your first APRS packet.

Even though it is ready to go as is — if you are like us, you know everything can be improved. We strongly encourage our users to void their TNC’s warranty. The firmware and all support software is available on GitHub under open source licenses. The schematics are available. And the TNC is easily modelled with an Arduino, and common Bluetooth board and a few discrete components.

The Mobilinkd TNC3 has just been released which used Bluetooth LE.  This is now supported on iOS.

While we get our support completed, users are welcome to join the public beta for the Mobilinkd Config App for iOS.